Omega is a Swiss luxury watchmaker based in Biel/Bienne, Switzerland. Britain’s Royal Flying Corps chose Omega watches in 1917 as its official timekeepers for its combat units, as did the American army in 1918. Omega watches were the choice of NASA and the first watch on the Moon in 1969.[1] Omega has been the official timekeeping device of the Olympic Games since 1932.[2] James Bond has worn it in films since 1995; other famous Omega wearers, past and present, include John F. Kennedy,[3]Prince William, and Buzz Aldrin.[4] Omega is owned by the Swatch Group.Omega Seamaster De Ville, an early “waterproof” watch, with automatic movement and date, in 14k gold. 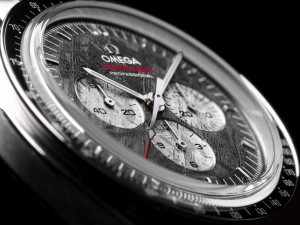 The forerunner of Omega was founded at La Chaux-de-Fonds, Switzerland in 1848 by 23-year-old Louis Brandt, who assembled key-wound precision pocket watches from parts supplied by local craftsmen. He sold his watches from Italy to Scandinavia by way of England, his chief market. After Louis Brandt’s death in 1879, his two sons Louis-Paul and César, troubled by irregular deliveries of questionable quality, abandoned the unsatisfactory assembly workshop system in favour of in-house manufacturing and total production control.